IVANNA PYLYPIUK: “THE YEAR 2019 WILL BE CLOSING IN BRIGHT AND DURABLE HISTORY OF OFFSHORE ACTIVITIES”

Главная / Статьи от экспертов / IVANNA PYLYPIUK: “THE YEAR 2019 WILL BE CLOSING IN BRIGHT AND DURABLE HISTORY OF OFFSHORE ACTIVITIES” 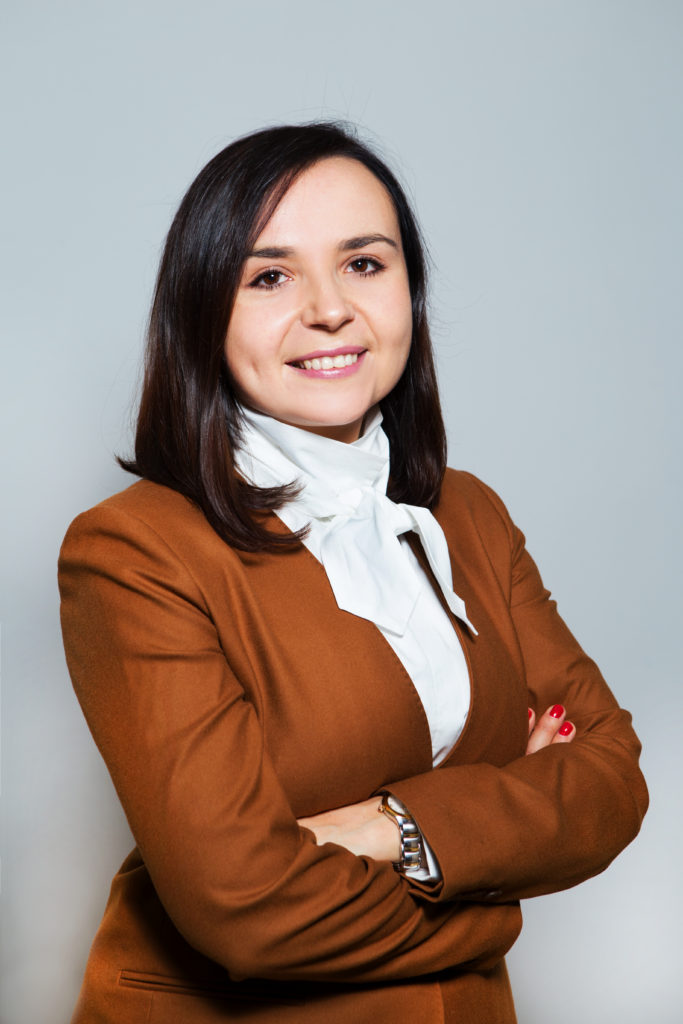 Ivanna Pylypiuk about the trends in the next year. The year 2018 will end in a few days – the time is ripe, to sum up, the results and make predictions for the future. The matter is, as you know, ungrateful, but the situation in the non-resident business seems definite and generally clear – BEPS, the fight against money laundering, the automatic information exchange – all of these things will remain “on the agenda” in the future. In any case, there are no prerequisites for the situation to change.

About what exactly to expect next year we talked with Ivanna Pylypiuk – managing partner of ICG Company.

Exactly a year ago, you said that 2018 would be a turning point in terms of changes in international business. What is your opinion, to what extent was this forecast justified?

More than justified. The year 2018 was a landmark in terms of changes in the work of non-residents and service principles in banks. The general crisis of the Latvian banking sector has forced many entrepreneurs to seek alternative solutions and gain experience in new jurisdictions, such as Serbia, Armenia, Kazakhstan, Macedonia, and others.

The time of mass solutions using offshore and shell companies has passed, as surely as simple and cheap products. Many companies voluntarily or forcibly stopped their operations with non-residents – it has become too expensive for some of them.

The key trend of non-resident business is that the market of products in tax planning has died; now the market of services and consulting is coming into the world. Clients would pay consultants, rather than buy offshore companies.

Among the brightest events of the year 2018, I would distinguish famous self-destruction of the Latvian ABLV-bank, as well as the adoption of laws on shell companies in Latvia and Cyprus. However, here, in Ukraine, we have plenty of news – we saw the draft law «On Amendments to the Tax Code of Ukraine to implement the Plan of Counteracting the Erosion of the Tax Base and Derive Profit from Taxation.» It was a surprise for a great many of people that instead of the 4 steps in the BEPS plan they planned to implement 8.

Let’s talk about banks (it seems that the main burden of deoffshorization is now borne precisely by them). Will the situation change next year and how?

As prescribed by the OECD, from 2019 the banks in developed countries will not be able to serve customers that do not confirm the fact of their activities at the place of the company’s incorporation. Considering the two existing laws on shell-companies, non-residents with foreign accounts will have to submit an office lease agreement as a minimum or transfer the business to another country as a maximum. Besides, it is possible that a rule will be introduced according to which a non-resident can open an account only if the company already has an account in the country of registration while foreign bank account can be the second, or third.

I think that payment systems will become more popular. They will give small businesses the opportunity to work and grow, and for large-scale companies, they will become an auxiliary solution for payment invoices or currency conversion.

I also expect specifics on the process of automatic information exchange between banks and tax authorities of the world. Now the situation is as follows: banks and financial institutions collect information, transfer it to national tax authorities, the latter distributed it among colleagues abroad and … eerily. Of course, the data array is vast, so, for now, we don’t see any consequences of the first ever tax information exchange. Nevertheless, I think something should happen in 2019.

It may sound strange, but I expect changes in the Latvian banking sector (yes, even more, significant changes). I think the crisis of the industry in this country will continue and they will lose some of the banks or assets. We do not also forget also that the Latvian ABLV is accused of severe charges because this story is unlikely to end with the bank’s self-liquidation. The investigation has yet to figure out who was involved in money laundering in the bank and who will be accountable. It is possible that the banks, which accept money from ABLV, will also be audited.

What awaits international business in 2019?

2019 will be the final year in the bright and long history of offshore companies. I think that starting from 2019 offshore activities will become a «relic,» an expensive relic, almost a luxury item. Now in some offshore jurisdictions (including BVI and Belize) they are considering bills related to the economic substance for non-resident companies. Thus offshore companies will be obliged to have an actual office and employees at the place of registration; this will complicate the lives of many companies and their owners, given the remoteness of such territories, the very limited commercial real estate market (which is definitely not enough for everyone) and frequent natural disasters. Also, citizens of Ukraine should receive visas to visit such countries.

In 2019, most likely, the ranks of jurisdictions will be enlarged, which will disclose not only their shareholders but also the beneficiaries of the companies. At the same time, it is possible that we will see new jurisdictions on the tax planning map, but there will be no miracles – they will not be able just to offer any revolutionary solutions: maximum – temporary options, but no more than that.

Let’s talk about Ukraine. The outgoing year for us turned out to be rich in events. The Parliament adopted the Law “On Currency,» there was much talk about the tax on withdrawn capital, but so far, this question has been postponed until next year. What do you think, what should Ukrainian businesspersons expect in 2019?

The whole country is waiting for one thing – elections. 2019 is the year of double election: presidential – in the spring and parliamentary – in the autumn. There is nothing strange in the fact that nobody wants to make unpopular decisions that will negatively affect the electoral rating. The Law on tax on withdrawn capital is just one of these questions. It is likely to be adopted, but I do not undertake to predict its form and time of adoption.

In 2019, I expect a clarification of the situation on a number of issues. First, what about the capital amnesty? We can’t participate in deoffshorization, as long as the whole our country lives actually in «offshore.» Before disclosing all of it, it is necessary to allow resident individuals to declare their assets. Nobody has done this over 27 years of independence, although many ex-USSR countries have traveled this difficult path.

Secondly, the year 2019 will answer the question: “In what form will the CFC Act be adopted?” (CFC – controlled foreign companies, – ed. note.). I do not doubt that it will be adopted. However, in what form? The experience of other countries shows that it can be passed along with the law on capital amnesty. It is known that IMF disapproves capital amnesty in Ukraine, so it will be interesting what solution will be found in the end. My opinion is that the amnesty will be adopted; the declared capital will be taxed at the rate of 9%, the same as dividends from non-residents. However, they will be paid only by those who did not pay taxes earlier. Anyone who has a confirmation of the legality of the assets origin can sleep with a peaceful mind (as far as this is generally possible in our country).

The third stirring question to which we will receive an answer next year is the question: “When Ukraine will join AEOI?” The details of our participation in the exchange are also interesting: What period will be covered by the information in statements and which countries will be included for data exchange with us?

Moreover, the fourth, it is quite interesting, how will the new Law «On Currency» work in practice? Will it really provide business with the freedom that its authors talk about? Let’s wait and see. In any case, the year 2019 will be very interesting, though not easy.