IVANNA PYLYPIUK: “BEPS IS NOT A TEMPORARY PHENOMENON, IT’S FOREVER” 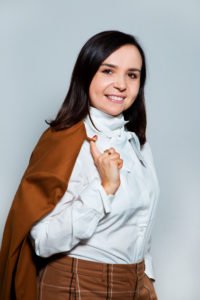 ICG’s managing partner Ivanna Pylypiuk answered 10 questions regarding doing international business in 2019. We talked about BEPS, legislative changes in offshore companies, a tax on the withdrawn capital and, of course about how to work and grow and advance in the period of transition.

Ivanna, how much time do Ukrainian beneficiaries have to transform their business?

To be honest, they don’t have any. All who follow the news are aware of the latest economic and political events. Such entrepreneurs transformed their business in the process of doing hereof and adapted it to modern realities. The others will have to do everything in a rush. However, there is a problem: the provisions of the BEPS plan are hard to implement even in developed countries and in Ukrainian conditions even more so. Anything and everything that lasted decades in developed countries, Ukraine will have to acquire in a year or two.

How to transform the business?

The most important thing is to change people’s mindset. People should realize that the time of offshore activities – the time of simple and cheap solutions is over. The new tax paradigm implies that substance prevails over the form. The substance implies an understanding of the goals in business, while the form means companies and mechanisms for achieving these goals. Nowadays avoidance of taxation cannot be a goal in business whatsoever. We live in times where, as the expression goes, two things are inevitable – death and taxes. The execution of the latter is closely monitored all over the world by the competent authorities: they check payments between non-residents and affiliated companies to understand the purpose of the transaction and find the essence behind the line of dummy companies or, let’s say, check payment of dividends to a Cypriot company.

What are the consequences of change?

Change is always great stress. The only advice that can be given in such a situation is to mobilize all the resources and properly rebuild the business. Then the time of old decisions crisis can be used as a basis for future growth.

Is there life after offshores?

Yes, sure and pretty active one! Essentially we already live a life without offshores yet today, without nominals and unnamed accounts, without many other ordinary things existed in the recent past. Due to recent changes in offshore jurisdictions, now there is a need for offices and staff. Opening an offshore bank account has long been a difficult task, and those accounts that are already open to offshore companies will soon either be re-structured into private saving accounts, or they will be subjected to large limits on balances or turnovers.

How to conduct international business nowadays? (When there are OECD and BEPS)?

The very minimum that a company must have to operate under new conditions is an office lease agreement. Employment of personnel is also desirable, but if a company has a simple structure — the shareholder and director is one person — then at the initial stage, it can do without hired employees. In any case, the director must periodically visit the country of a company’s incorporation; otherwise, there is a risk of recognizing it as controlled by a resident of another state which will ensure the company to fall under the action of the Law on controlled foreign companies (such laws were in many countries).

Do offshore activities have a future?

Yes, I think. Large corporations can afford to maintain office and employees in island jurisdictions. Such investments will be compensated with the turnover they have. Furthermore, wealthy families will establish “mini-boutique” companies to own substantial assets. However, for medium and small-scale businesses the budget of USD 30-50 thousand will become too heavy.

What are the alternatives to offshore activities?

Companies from distant exotic islands have many alternatives in Europe and Asia. These are Georgia, the United Arab Emirates, Hungary, Poland, and many others. Do not forget that recognized financial centers, such as the UK, Cyprus, Singapore, and Hong Kong, are still flourishing. Therefore, there are alternatives.

Let’s talk about BEPS in Ukraine. Are the words of Nina Yuzhanina realistic when she is saying that the tax on the withdrawn capital and declaration of foreign property by the Ukrainian citizens will be implemented since 2019?

A year is as long as 12 months, anything is possible. However, I think that in the year of double elections, Ukrainian politicians will make decisions very carefully; no one wants to lose rating because of unpopular laws.

Will the tax on the withdrawn capital, the declaration of foreign property and the universal declaration change the Ukrainian business climate?

Of course, changes are inevitable if the mentioned innovations are implemented. Business will especially feel the effect of the withdrawn capital taxation. Such a system is beneficial to big business, which does not need to allocate much profit and it can save on taxes. Whereas small and medium enterprises are forced to distribute profit constantly and, as a result, to pay taxes.

What can an international business expect in the new business season?

BEPS in the world and Ukraine is not a temporary phenomenon; it is forever. Business must remember that our new reality is a time of openness, transparency, and a full exchange of tax information. I do not doubt that all civilized countries sooner or later will join global initiatives. It is possible that there will be scandals associated with the exchange of information, there may be leaks and inappropriate exploitation of the data, but this will not cause the process to wind down, on the contrary, it will stimulate its improvement.